What is the Small Method of Appearance Treatment of Magnesium Die Casting Parts? 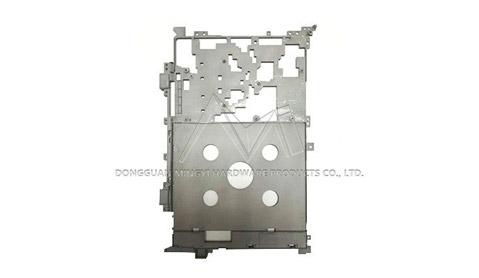 (C) Adding and retouching the small holes of die-casting parts;

(D) Form a protective layer to prevent the magnesium alloy from being exposed to the air;

(E) The adhesion between the added magnesium alloy substrate and the organic coating;

(F) Insulate the magnesium alloy from contact with other metals to avoid electrochemical corrosion.

Unreasonable die casting structure often produces unpredictable defects. These are all things that Die Casting Parts Supplier doesn't want to see, so it is very necessary to design a good casting structure. However, each type of die casting process often has different structural requirements and different wall thickness requirements. Another factor is the ease of demolding (to facilitate production) to be designed.

2. Thickness of inner wall of casting

3. The casting wall should be connected reasonably

The uneven thickness of the castings and the large difference between the thickness and the thickness will cause heat concentration and uneven cooling, which is not only prone to shrinkage and shrinkage, but also easy to produce stress, deformation and cracks. Therefore, it is required that the wall thickness of the casting is as uniform as possible. If it is not uniform, it is easy to form shrinkage holes in the thick part, and cracks are easily formed in the thick and thin connection. The arrangement of reinforcement ribs should try to avoid or reduce crossovers, to prevent the habit from becoming a hot festival.

Our company also has Die Casting Mould Components for sale, please contact us.