The data of China die casting production in 2018

Over these years, according to the world casting productions information of <Modern Casting> we can know it from China Foundry Association through a lot of statistical calculations. Zhang Zhiyong, an executive vice President and secretary-general of China Foundry Association. He released the data of China die casting productions in 2018 to nearly 1,000 representative on March 11, 2019.

He said China total production of castings was 49.35 million tons and basically the same as in 2017, the casting demand structure changed significantly in downstream industries.

From the perspective of casting demand structure changes in the downstream industry, cast pipes and pipe fittings, construction machinery and rail transit all showed relatively high positive growth in 2018, reaching 7.2%, 11.9% and 9% respectively. For the first time, the castings demand of automotive industry has decreased such as agricultural machinery, power generation equipment and electric power. The reason why china castings productions can be the same as last year was that china export many castings productions of spun cast pipe, engineering machinery, rail traffic and so on. 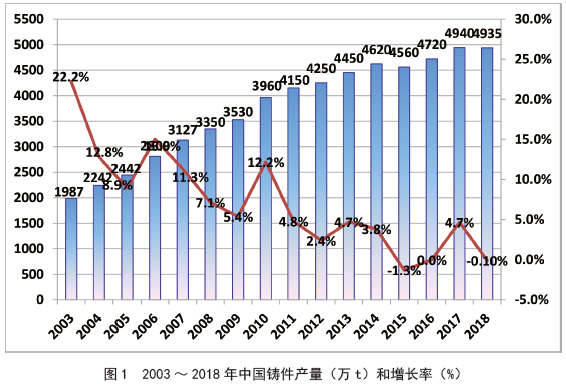 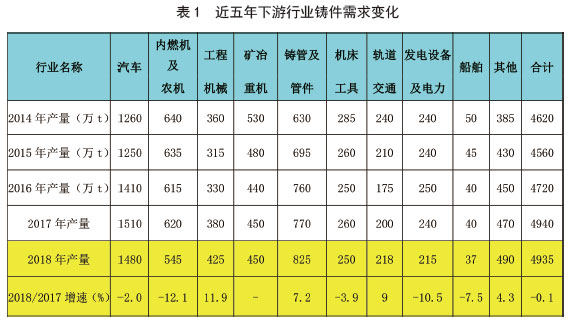 In terms of casting output of different materials (table 2), the annual output of gray cast iron was 21.15 million tons in 2017, and 20.65 million tons in 2018, it decreased by 2.4 percent. Because of centrifugal cast iron pipes, ductile iron (including vermicular cast iron) increased by 2.9% from 13.75 million tons to 14.15 million tons. Due to rail transportation, mining and metallurgical machinery, construction machinery and other industries, steel casting output continued to grow at a rate of 3.6%.Affected by the decline of automobile and motorcycle production, aluminum (magnesium) alloy casting showed negative growth for the first time, decreasing by 2.1%.Malleable cast iron, copper alloy and other castings change little.

Different materials casting productions from 2014 to 2018 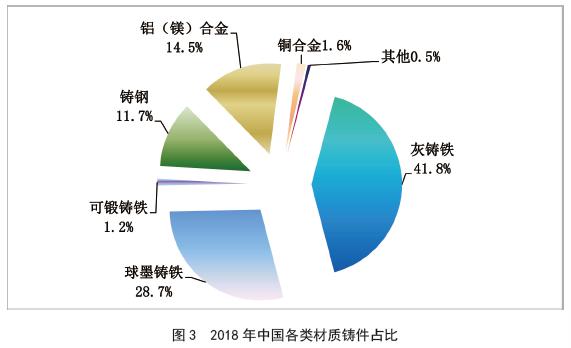 Previous: Kleinfield: 80% of the earth's aluminum needs to be recycled